Listed below are exclusive SOAR member offers from some of our Business members. Please read carefully and note expiration dates. If you have questions please contact the business directly. Enjoy!

Try our new Spring Menu including: Cowboy Burger, Pigs In A Blanket, Veggie Delight, Burrata Caprese, Super Salad, and World’s Most Delectable Chicken Wings, Lobster Mac & Cheese, Strawberry Shortcake. Missed a celebration last year? Let us help you host it with a variety of indoor and outdoor spaces, or delivering catering to your favorite spot.

Bombay Wraps is a family restaurant who is proud to serve the Chicago community for over 10 years via 3 locations (Streeterville, Loop, Lakeview) + Food Truck. Our mission is to make delicious Indian food, easy and accessible for the community to enjoy.

Take Out. Delivery. Dine In.

Karl’s is now serving his soup at the RealReal Chicago. The RealReal is a luxury brand fashion retailer that is located at 940 N. Michigan Ave and open daily 10am-6pm. They have an in-house Cafe that serves Karl’s soup in addition to locally sourced light lunch fare, organic juices and specialty coffees/teas. It’s a delightful shopping and lunch experience!

Burrito Beach Mexican Grill has been serving fresh and delicious tacos, bowls, breakfast, scratch-made guacamole and more in Chicago since 1995! They have something for everyone with many gluten free, vegan, vegetarian and low carb options. They are open for takeout and online ordering for pickup and delivery, breakfast, lunch and dinner!

Robert’s is offering a Loyalty Program. Continue to enjoy 10% discount at Robert’s plus earn points for every dollar you spend when you sign up for the loyalty program!  For every $75 spent you will receive $10 in Robert’s Dough! When ordering online via our loyalty portal please use SOAR10 as the promocode. 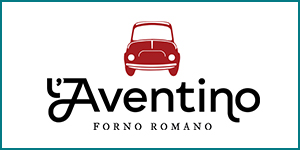 All SOAR members receive 10% off, no expiration dates (cannot be combined with other offers). Check out the website for additional information: menus, media appearances and other announcements.

20% off of an order of $20 or more which can be used either by mentioning the offer in The Lunchroom/Lunchbox or ordering online www.space519thelunchroom.com code: NEIGHBOR20.
The entire menu from The Lunchroom, which focuses on California-inspired items, is available to order for take away or dining al fresco on the restaurant’s 24-seat, dog-friendly, European-style patio on Chestnut Street.
Hours:Monday-Friday 11AM-4PM, Saturday 9AM-4PM, Sunday 10AM-3PM
The Lunchroom’s little brother The Lunchbox, features a new grab and go menu with a daily assortment of sandwiches, baked goods, quiches and tarts, featured daily entrées, a coffee bar, cold drinks, and curated wine bottles.
Hours:Monday-Saturday 8AM-6PM, Sunday 10AM-5PM

Through the end of the year, Sweet Mandy B’s is offering a 10% discount to SOAR members on any days excluding Fridays and Saturdays. Members can type in code SOAR when checking out online, or mention when ordering.

Sweet Mandy B’s is an old fashioned dessert bakery specializing in cupcakes, cookies, cakes, brownies and bars like rice krispie treats. Their original location in Lincoln Park (1208 W. Webster) has been serving since 2002. 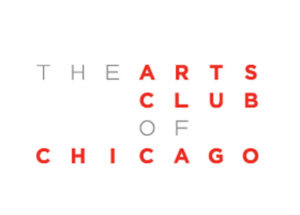 Day by day, the book publishing industry contracts further into the “monopolistic singularity” of Penguin Random House. Hollywood is too pandemic-battered to resist the superhero franchises’ death grip on funding. And who even knows what’s going on with music any more: The “pop” commercial model has aerosolized into a million individual influencers, with managers and a handful of massive corporations just behind them catching money in butterfly nets. Alex Shephard and Jo Livingstone have been colleagues as staff writers at The New Republic for a number of years, where their coverage of politics and the arts have frequently led them to the big business that funds entertainment in America, to report on its crisis moments. They’ll talk about the latest antitrust lawsuits brought against Amazon, the new wave of labor organizing in the entertainment industries, and trends in the literature, music, and film of consolidation. To register for this virtual event click here.

Porchlight’s popular and fun New Faces Sing Broadway series makes its North Shore Center debut with New Faces Sing Broadway 1979, directed by Brianna Borger and music directed by Linda Madonia. Join host Alexis J Roston and the New Faces, a cast made up of the next generation of talent, as they take you on a musical journey in 90 minutes from the start to the finish of the 1979 Broadway season with songs, trivia, sing-alongs and more. Featuring songs from the 1979 broadway shows Evita, Sweeney Todd, They’re Playing Our Song and more!

This concert is part of the Out Back Summer Sessions concert series presented by the North Shore Center for the Performing Arts in Skokie, 9501 N. Skokie Blvd, Skokie. The performance is held outdoors in the North Shore Center in Skokie’s 31,000 sq-ft back parking lot. Ticket reservations are general admission and are sold to groups of persons in the same accepted health safety bubble. To get your ticket click here. 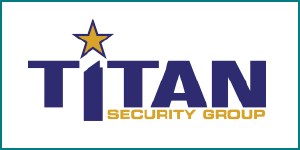 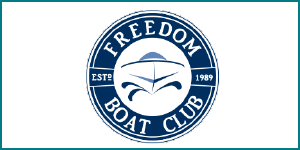 Our Streeterville location is open for business! Come check us out on the Ogden Slip and see how you can join the largest boat club in the nation. All SOAR members receive $500 off our 1x entry fee. Make sure you lock in your summer plans. Freedomboatclub.com/Chicago 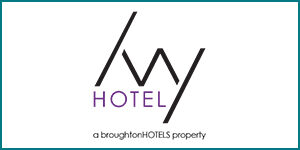 SOAR Members can enjoy 15% off at the IVY Hotel plus a complimentary bottle of wine and late 1PM check-out.

Click here to book your room at the special rate or call 312-335-5444 and mention the SOAR rate. For more information download this pdf.

Loews Chicago Hotel is offering a promotion to local residents for stays at their hotel. Special rates are based on availability.

Val’s Service is offering SOAR members $50 off for the client’s first Super Deep Clean. You can redeem the offer by contacting  clean@valsservices.com or 312-868-7822 and mentioning SOAR.
Save money with one of their weekly, bi-weekly, or monthly plans and enjoy up to 20% off the service of your choice. Visit  https://www.valsservices.com/specials for more information.

City Scents has long been a Streeterville favorite for our elegant and modern floral designs. In addition to flowers, we have a nice selection of plants and gifts. For the holiday season, we are offering fresh wreaths, Christmas trees, garlands, and more. We have contactless delivery to the city and the suburbs and curbside pickup. Located at 209 E. Ohio, our hours are 9:00-6:00 Monday through Friday and 9:30-5:00 on Saturday. We’re always open online at cityscents.com. Our small business is woman and minority owned.

Great news! The MCA is excited to welcome people back to the museum, and they are open late on Tuesday nights (free day for Illinois residents) till 9 pm. This is the perfect time for neighbors to pop in! While there, check out the colorful, can’t-miss show by Christina Quarles. Exploring the universal experience of existing within a body, as well as the ways race, gender, and sexuality intersect to form complex identities, this exhibition is the largest presentation of her work to date. Find more info here!

The Counter at the MCA is open!
Visit us for coffee, tea, snacks, and more. As the weather warms up enjoy wine, beer, and cocktails on the MCA Terrace. Find our new menu here.

Looking for a COVID-safe, low cost, entertaining and educational change of scenery for your Pandemic-Pod or Micro-School? Check out the Learning Pod Package at the Chicago Sports Museum. For $150, this package for up to 8 people includes:

Volume Bookstore will be hosting free weekly and monthly virtual events, you can find more information about these by visiting their site: https://www.volumesbooks.com/weekly-monthly-events.

30 Ways To Trim Your Budget

Stretching your budget is a necessary step to achieving your financial goals. Learn smart ways to save on the things that impact your finances most, such as food, health care, insurance and more. A smart budget helps you cover your expenses and still buy some of the things you want. Find out how to make—and maintain—a budget based on your needs.

All the upcoming webinars/links to register are always listed here.

When you open a membership account with FNCU we will make the first initial deposit for you! New Members could receive up to $500 ask us for more details.

At Spirits & Spice, you will find the highest quality spirits, custom spice blends, amazing oils, vinegars, and wine. Explore and wake up your sassy side! Order online now at this link and receive free delivery for orders in our delivery radius. You will receive 10% off when you show your SOAR membership card. Free gift with purchase and delivery service from Lakeshore to Erie to State Street.

Study & Splash package! Learn with Aloft, a unique venue for virtual learning. Package includes: Exclusive access to modern meeting space with 60” x 24” rectangular tables and comfortable banquet chairs and private access to top-floor indoor pool. You can receive discount if you reserve more than one day! Please inquire about a volume discount. For more information contact info@aloftchicagomagmile.com for availability and rates.

It is best to email at info@kbfitnesssolutions.com to get started. New members can also call 312-222-1414.

Since 2006, Kb Fitness Solutions, Inc. has been providing on-site wellness services to the Chicagoland area, predominately the Streeterville neighborhood.  Our array of services range from personal training, group fitness classes, cooking classes, wellness events and corporate wellness. Our virtual platform allows individuals to stay healthy whenever, wherever.
Go to Top